‘A Sense of Place – Caribbean Women in the Landscape’ is a photographic portrait exhibition by Anita J McKenzie. The exhibition launches at the Urban Room Folkestone, and Folkestone Harbour on 22nd June 2022.

Set in and around Folkestone, Kent, the exhibition is set against a turbulent political backdrop of racial bias stemming from archaic commonwealth relationships, a continuing Home Office Windrush deportation scandal, revealing accusations of media bias and racism in covering the war in Ukraine, uncovering examples of traditional British xenophobia, documenting exclusion, all in the Queens 70th Jubilee Year – the exhibition aims to normalize and celebrate Caribbean women’s presence and interaction in the open space – or – inna-de-open-space!

‘The exhibition probes the idea that the general public is unused to seeing Black women and women of colour as residents of rural and coastal towns or the countryside’.

Anita’s photographic work explores identity and celebrates communing with other people in the African and Indian diaspora. It focuses on their history, contribution, and creativity, whilst challenging forms of lived inequality. Anita uses photography to initiate discourse and sharing, she believes in photography’s therapeutic application as a tool for personal and social development and healing.

“Often, Black women and women of colour are marginalised, seen as outsiders or as just visitors in rural spaces. However, the town of Folkestone has a long history of welcoming refugees into its population, from the first World War in 1914 to the present day; and in June 2022, not only do we get to celebrate the Queens 70th Jubilee, but also it is the month when we acknowledge the contributions of The Windrush Generation, alongside Refugee Week”. Says Anita.

Anita decided to challenge this and celebrate the presence of Caribbean women in Kent, inviting women to collaborate by sharing their favourite spot in the local landscape and being photographed enjoying the space. The exhibition will include excerpts from the women describing their social experience in the Kent community.

The Caribbean women in these portraits have made a choice to join the Folkestone community and their Caribbean links are connected to the energy of Barbados, Guyana, St. Lucia, Trinidad and Tobago and Jamaica.

A programme of events has been planned to celebrate Windrush themes during June and July 2022 in Folkestone.

Meet the Photographer for a cup of Caribbean tea and a chat. Open Quarter – Anita’s new digital artwork will also be available on sale, at Urban Room Folkestone.

So you think you know all about the Caribbean, check out the fun quiz and test you knowledge…

Anita J McKenzie (her/she) was born in London, England in 1958. Her ancestry originates from Western Nigeria and Northern India. Anita’s parents were among the post war Windrush generation of immigrants invited to travel to the UK from Jamaica.

Anita draws on her personal history to create history based projects which focus on what it means to be of Black, of dual African and Indian heritage from an ‘immigrant’ family living in Britain.

Anita is the 2005 recipient of the Arts and Heritage award from The European Federation of Black Women Business Owners. She later set up the first commercial Black picture library and archive. McKenzie Heritage, in the UK in 1996.

Anita worked for many years in community arts in London and was a freelance photographer. She took a long sabbatical and has recently returned to using her camera and the creative community, she has several projects in the pipeline. 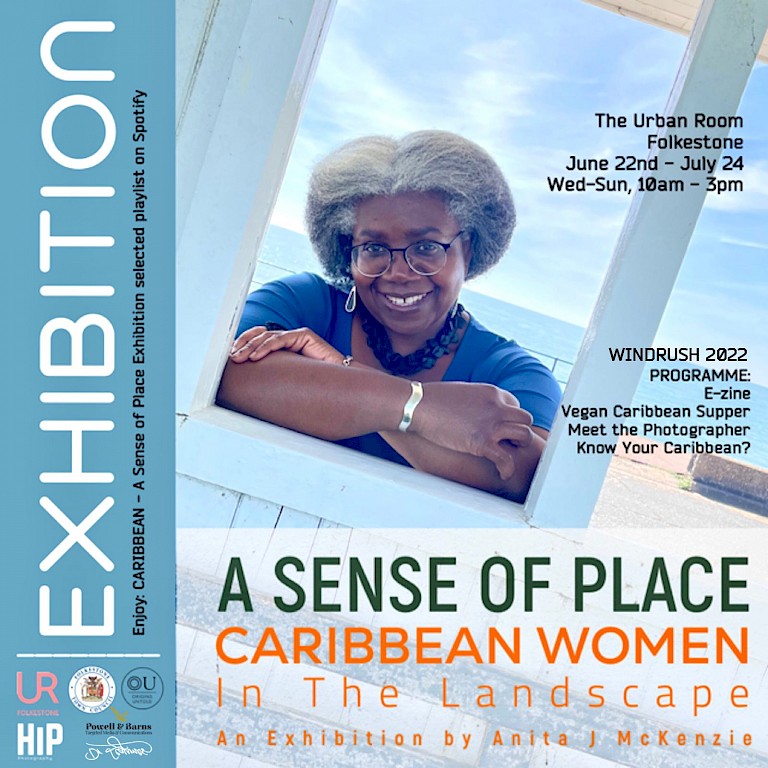